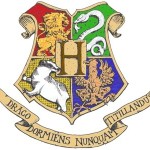 I wanted to make a post since Sunday evening
and now it’s already Tuesday late afternoon! You know, real life gets in the way.
Anyway, I went to see Harry.
The last time I saw him was in Florida, in the middle of summer in 2009, I was really looking forward to see him again.
First I went on Saturday evening.
Well, I wasn’t the only one who had this brilliant idea….
Two very long lines of excited people where before me. So I turned my heels, which were in borrowed-from-my-oldest-daughter-lavender-suede-boots-with-fake-fur and I left the scene.
The next day I tried it again, with much more luck, since it was Sunday afternoon and I was joined with parents and their kids.
I couldn’t really spot a mum on her own, like me…
Oh well, I had an appointment with Harry and some popcorn, so I was thrilled!
And boy it was good!
Oh, for the people who still aren’t clued in who Harry is,
it’s that Potter guy….
from all those books…..
from J.K. Rowling….
right, that Harry.
I was sitting on the edge of my seat, even though I knew how the storyline would go, the movie held me in suspense, to say the least!
So, if you haven’t seen it, go and tell me what you think of
“Harry Potter and the Deathly Hallows, part 1″.
For now, I have to run, daily life is calling me!
Maureen
xx
picture: Mary GrandPré